The Widows of Malabar Hill  by Sujatta Massey

The attraction here was that this was a historical novel of India as well as a crime novel.  I’m not big on the women detectives of Victorian London but …  maybe India?

It was standard fare with a hint of the mystery up to Chapter 5 which is right out of a romance novel –  omg – what have I got myself into?   Fear not –  it leads to a separate non-romance thread.   It’s not directly involved with the main plot mystery,  but it sets up the series nicely and adds to the historical element –  India 1916-1921 Bombay,  Calcutta and the lives of strict Parsi people,  especially in regards to women.   I kept going. 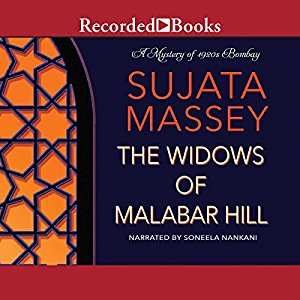 In 1921 the 23-year old  Purveen Mistry is an attorney  and the daughter and granddaughter of the attorneys of Mistry House,  although she’s unable to appear before a judge because the bar won’t accept women,  educated and tested or  not.  So she works for her father and her current job is to figure out if three widows of a wealthy man actually want their inheritance given to charities including one to build a boy’s religious school.

Perveen has a good friend named Alice Hopson-Jones,  an English woman who is in Bombay with her upper class family.   The two young women met at college,  but have been separated for some time.    Alice and her family live in a wonderful, but very old house on Malabar Hill,  Bombay (Mumbai),  India.  The widows live in the same neighborhood.  Alice becomes a great help to Perveen.

The crime,  which Perveen  finally gets around to investigating in Chapter 7 due to the backstory,   (about 20%)  –     Back In 1916,  when  Perveen was only  18 years old and was trying to get through law school,   she fell in love with a man from Calcutta.  This thread is interwoven through the book and gets very intense. 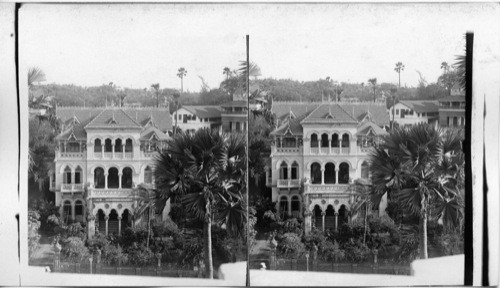