First off,  and as many have said,  this brilliant debut and originally self-published novel desperately needs an editor.   It’s a smart, funny, big, baggy,  fascinating look at … well … probably everything – genre-wise I’ll call it a very literary legal thriller.

On the most surface level it’s about a young good-guy defense attorney in New York who lets himself get entangled in some dangerous and very illegal activity by  a friend who has never lost a case.   On the level of plot-line it’s a very good legal thriller with court-room procedurals plus plot twists and turns topped of by a fair page-turning action scene.  But you have to get towards the end before that part really kicks in. 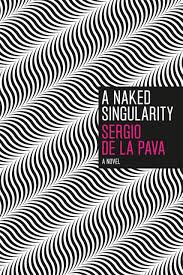 On the “it’s about everything”  underneath the set-up of life in a New York public defenders office are the ideas of winning and losing,  justice,  God,  Ralph Kramden, philosophy,  perfection, and  imperfection  professional boxing, personal values, war, dreams,  race,  capital punishment,  family, love, ears, drugs, money,  and … well …  you get the picture.   It’s about “T”ruth, freedom,  justice – and love.   (How’s that?)   It’s been called a novel of ideas and I certainly agree with that.

This is the kind of novel which results from a young ambitious writer trying to get every idea he has into the one book he figures he’ll ever write – ( I think that’s already been said somewhere.)  – Note – don’t let the boxing sections get you down – they totally tie in later.

Our protagonist,  Casi, is a 24-year old public defender in the Brooklyn judicial system and in the opening chapter we are introduced to a cross-section of his clients who are mostly black and have pathetic lives and drug related crimes.  There is an occasional difference  in the bunch like the Chinese man selling batteries in the park.

As the child of Colombian immigrants Casi thinks about a lot of stuff a lot of the time, but he deals with his assigned law-breakers in very good faith (so we know he’s a good guy).  With his friends, neighbors, family and even himself,  Casi gets into long philosophical discussions – and sometimes the themes of these discussions interweave with the nature of his job or predicament at the time.

Fortunately or not,  de la Pava enjoys a good digression which is the source of most of  the tropes dealing with  sex, crime, drugs, race,  literary figures,  philosophical ideas pertaining to happiness,  free will, the basis of knowledge,  money, and all manner of interesting ideas.

Anyway,  one of Casi’s fellow attorneys,  a rather creepy guy named Dane,  entangles Casi in the philosophical arguments for and against joining up and conducting the perfect crime – a big bad one.   Dane is obsessed with the idea of a perfect crime.  His one major attempt at perfection (in the courtroom) failed,  but now he’s got another plan. So he plans and plans and studies up and researches every aspect he can think of.  It all gets a bit much for Casi who caves,  but it is often very, very funny.

The best part of this book is the humor – omg – it’s laugh out loud funny in places.  The writing itself is a close second or tied.  It’s usually perfect pitch for a young and intellectually inclined lawyer.   Casi thinks a lot and those parts are in stream-of-consciousness style.  On the downside some of these digressive scenes go on too long and it seems as though the author is his biggest fan of the sound of his own voice.

The author wrote this while working as an attorney and after getting a dozens of rejections from publishers decided to self-publish. One of these self-published manuscripts made its way to the desk of an editor at The Quarterly Conversation who wrote a glowing review.   This tweaked the beaks of the University of Chicago press and the following year the press-published book won the PEN award.   It’s slowly built a  following.   It as recommended to me by some friends whose tastes I respect.   They’re right – it’s worth recommending to folks who enjoy Pynchon,  David Foster Wallace,  Don DeLillo and others authors of big wonderful novels.

This is the review which started the buzz:
http://quarterlyconversation.com/a-naked-singularity-by-sergio-de-la-pava

2 Responses to A Naked Singularity by Sergio de la Pava