Will in the World:by Stephen Greenblatt

This is April and the 400th anniversary of the Will Shakespeare’s  death (23 April 1616),  so  a reading of the one of the best recent biography/social histories re his life and times would seem in order – (for the All-nonfiction group).

I know very little about Shakespeare having read only about a half dozen of his plays and perhaps even fewer of his poems. I’m not a fan.  I actually thought nothing was really known about his life – that’s what I remember being told in school – long time ago – and it’s what the conspiracy theorists would have us believe.   But it seems Shakespeare was a real person, an exceptional actor who also wrote exceptionally great plays and sonnets and Greenblatt has him down accoridng to WW Norton:

“Greenblatt knows more about [Shakespeare] than Ben Jonson or the Dark Lady did.”—John Leonard in Harper’s.

The book’s subtitle pretty well states the direction of the narrative –  “How Shakespeare became Shakespeare.”    What did he pick up on with his senses –  what did he see, hear, smell, feel, and touch during those heady days?  How did those elements come together in what he produced?   Shakespeare did not write in a vacuum – so what were his environmental influences?

When Shakespeare moved from his hometown of Stratford-Upon-Avon he was married but still quite young.  There is supporting documentation for this and Greenblatt provides the logic as well because not all documentation is created equal and a good deal of the methods of New Historicism are necessary.  We look to the times and the lives of other persons in similar situations to speculate logically about the life of one man.

England was still in some turmoil from the troubles between Catholic and Protestant rampaging  and politicizing for authority and there was more to come.  But when Shakespeare, a very young but already married man,  gets to the big city

most likely an authentic depiction of Shakespeare -by Martin Droeshout

Elizabeth is Queen and the country is distinctly Protestant. Shakespeare may have had Protestant or Catholic sympathies,  indications go both ways and explain, at least to an extent according to Greenblatt,  his reluctance to sign his name to much of anything.  Besides,  his father, who had been quite important locally,  was no longer held in such high esteem due to religion,  drinking, debts, etc.   Shakespeare may have thought it wise to keep a low profile.

Shakespeare had been a bright kid and enjoyed plays and acting so when he got to London he fell in with a group of playwrights working  in the new theaters to produce some of the finest plays ever seen.  A new freedom was blowing through the land and Marlowe, Green, Shakespeare and others were taking full advantage.

So in  the late 1580s this young man from a rather provincial village becomes the greatest playwright not of his age alone but of all time. How is an achievement of this magnitude to be explained? How did Shakespeare become Shakespeare?

Stephen Greenblatt brings us down to earth to see, hear, and feel how an acutely sensitive and talented young man, surrounded by the rich tapestry of Elizabethan life, could have become the world’s greatest playwright. A Pulitzer Prize and National Book Award Finalist.
Greenblatt writes nicely – I read his book “Swerve” several years ago and was impressed —

“The Swerve,” like “Will in the World,” brings us Mr. Greenblatt in his more cordial mode. He wears his enormous erudition lightly, so lightly that most readers will forgive him for talking, at times, a bit down to them. This book is well-brewed coffee with plenty of milk and sugar stirred in; it’s a latte, not an espresso.  http://www.nytimes.com/2011/09/28/books/the-swerve-how-the-world-became-modern-by-stephen-greenblatt-review.html

The organization of Will in the World is basically chronological,  but Greenblatt digresses to cover such fellow luminaries as Christopher Marlowe, in a bit of deserved depth and also make more than glancing mention of Robert Greene,  Thomas Nashe,  Thomas Watson, George Peele, Francis Meres and o thers. 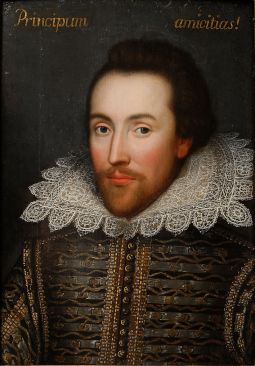 Greenblatt uses documentary evidence as much as possible but there are places where speculation seems to completely take over.   Chapter 8 for instance, has Nashe possibly ghost-writing a pamphlet rant against “upstart crows” and then hastily retracting it in extreme terms.

Why?  Who would have that kind of impression?  Perhaps because someone young and powerful told him to – perhaps the earl of Southampton? And we’re treated to a discussion of the rich and well-connected life of the Earl of Southampton including his love of poetry and need to marry.  And here comes Shakespeare’s sonnets and the reason the poems were written.   (chuckle but possibly).

So the book moves on to Sonnets and Southampton is involved – Greenblatt develops that idea well and it’s very intersting,  but still, quite speculative, imo.  (But what else do we have? – it’s not as though this were revisionist – heh.)

The description of London in Chapter 5 is just astonishing.   Chapter 8 about wore me out with the Sonnets.  Chapter 1o delves into the tragedies.  And Chapter 11 is quite a romp about James 1 (1603) and witches.

It’s a good book but possibly for someone with more background than I have – or someone who appreicates him more than myself.

The best parts for me were where Greenblatt described England and London of the times,  socially, politically, economically right down to Guy Fawkes,   the history of it.

The ending was wonderful –  the photos are very helpful.