The Last Days of Night by Graham Moore

Posted on February 25, 2017 by beckylindroos

The title of this book is so apt and intriguing and the Gilded Age in New York  used to be one of my very favorite settings.   Add a little legal aspect to it and it’s just my cuppa.  The Gilded Age  was a time of post-Civil War expansion with big money to be made and spent in lavish conspicuous consumption by the rich while there was outrageous poverty of the poor.   And then there were the inventions – and the people.  And that’s what this book is about.   Rather than another “how rich can you be” story,  it’s the true-ish tale of some very real historical characters in a time of troubles as well as money.
These are some of  the characters in the book:
https://mrgrahammoore.com/books/the-last-days-of-night/cast-of-characters/

Our protagonist, Paul Cravath of Nashville Tennessee,  is a young up-and-coming attorney who wants to make his name in the big city of big cities.   To that effect he has got himself hired by George Westinghouse to defend the latter against Thomas Edison‘s charges of  patent infringement.  Big money involved and the folks involved are very smart and less than ethical.

And of course Nikola Tesla is involved because it was he who developed a design for the safe and practical use of  alternating current (AC) of electricity.   Actually,  imo, Tesla is the hero of the book.

The main story is that George Westinghouse invented an incandescent light bulb only to find that Thomas Edison had already patented a bulb – or something like it.  Edison sues  Westinghouse who gets Cravath as an attorney.   There are twists and turns which lead to a complete and satisfying ending. 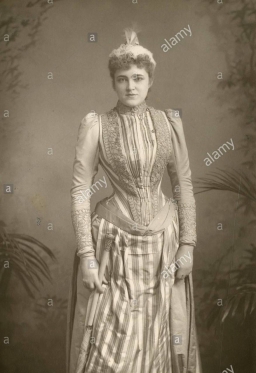 There are no really heavy themes as such in this thoroughly well researched novel,  but invention and ambition are emphasized.  The characters are taken from history and wonderfully well “fleshed out,”  especially those of Paul,  Agnes, and Tesla.   The language flows for a 21st century reader,  although there might be a few   anachronisms in there.  The epigraphs at the beginning of each chapter, from 19th – 21st centuries,  add a humorous but meaningful touch. As historical fiction the novel works wonderfully –  it piques my interest so I want to do a bit of my own research on Westinghouse and Edison and Tesla although I did know some before this.

There are many people,  places and events mentioned and alluded to in this novel.  but the story is so strong the setting almost,  but not quite,  passes into background.

2 Responses to The Last Days of Night by Graham Moore