There are widely varying opinions about the sanity, mission and effects of John Brown who escalated the pre-war tensions of the Civil War to the point there was really no avoiding it.  Some say he was mad,  others say he was a visionary – there is a considerable amount known about his life outside his head but inside? Well,  that may always be a puzzle. 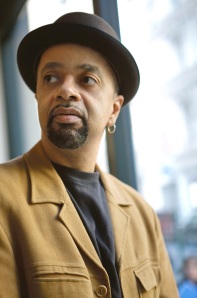 in 2012 and Cloudsplitter by Russell Banks prior to that. I know the outline of the history – except (see below).

McBride uses what historical info is available and rather than producing the tragedy that Harper’s Ferry was (or was not),  he comes up with a supposedly funny story told in first person by a completely fictional boy between the ages of about 11 and 14 known as “Onion.”  It is Onion’s memoirs which are found in a church many years later providing a very slim frame story.

The character of Onion is described as being a rather effeminate octoroon who was  first owned by Dutch Henry, a Kansas slave owner,  but “freed” by Brown.  Onion is also a boy in girl’s clothing,  a bit innocent, a bit not – really just wanting to grow up and find a girlfriend,  whether he be free or not – he’s mixed on that issue for himself  – at least for awhile.  After being “emancipated” by Brown,  Onion travels with the gang/group or near them from the outbreak at Dutch’s Crossing to the bitter end reporting the story to us as he sees  it.

What makes this book stand out, although I didn’t realize this until the end,  is the respect McBride has for Brown.   Although the book is very silly and has way too much dialect-filled dialogue for my tastes,  this time the history is presented from a Black point of view.  This is new to me and it opened up some history about the free blacks who fought by Brown.